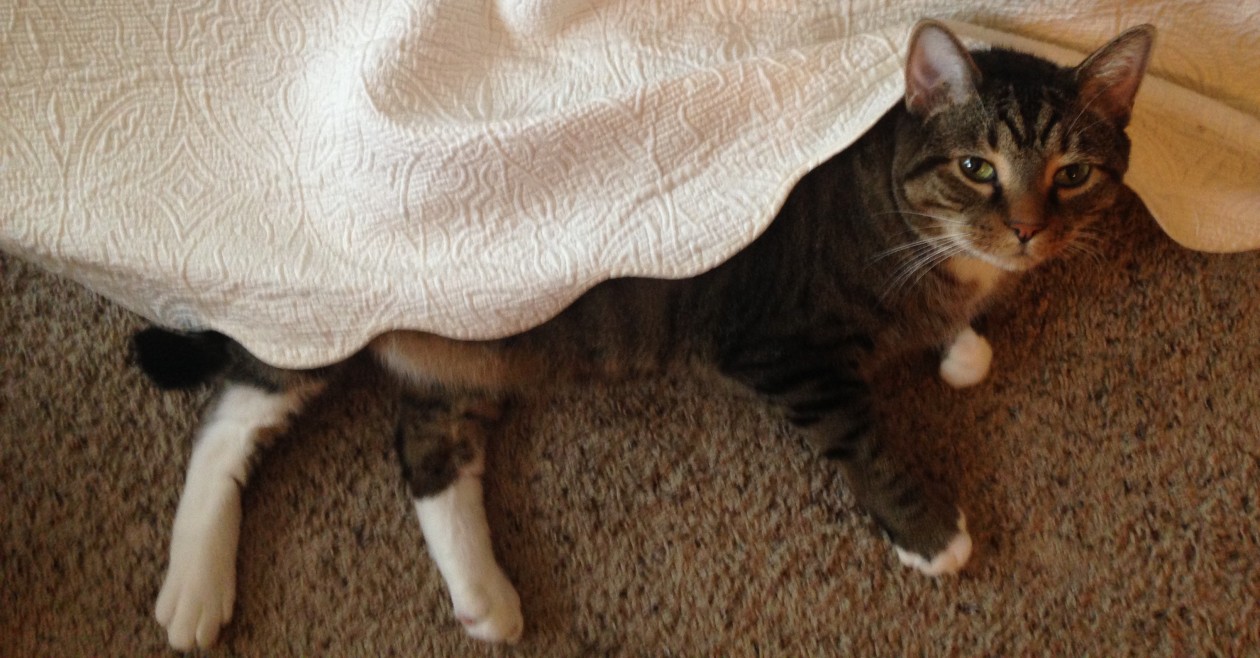 I, Clive the Cat, met my current owner in May 2013. She had moved in with me and two other ladies in a beautiful house situated on five acres in Tennessee. She knew she might learn some lessons from me when she learned that I am named after Clive Staples Lewis, better known as C.S. Lewis, the great theologian. Because she was home the most, she and I became very fond of one another. I (Clive) had been with my previous owner through some difficult times. However, because of her life changes, she had been praying for another owner to take me. My previous owner saw how the new girl and I enjoyed being together and asked her to adopt me whenever she was ready to move out. Just over a year later, my current owner got married and she and my new dad adopted me. I have been teaching my parents about God since our new family was formed. In addition to musing about God, life and my humans, my hobbies include begging for extra meals, showing off my tummy, cleaning up glasses after my parents drink their daily protein shakes and playing with hair ties.